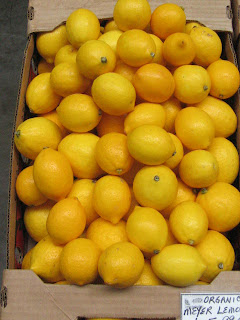 This week’s Tuesdays With Dorie recipe was French Yogurt Cake with Marmalade Glaze. I tend to have pretty good instincts on which TWD recipes we’ll enjoy around here, and which ones I can make partial batches or pass on. I don’t like to skip though. For me, baking is sort of like exercise: you rarely say you’re sorry you did it afterwards. I anticipated that Mr. Penpen and I would both love the lemon yogurt cake. Not so much because we love yogurt, unless you count frozen yogurt, but because it’s the type of cake that you can just kind of nibble on throughout the day without feeling wholly unhealthy about eating. 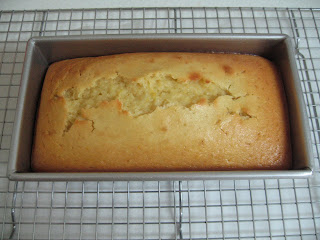 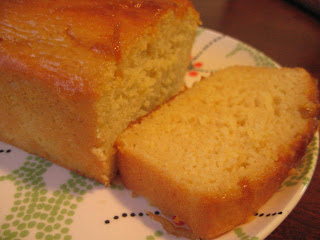 How much did we love it? I baked the first one on Thursday night – totally ahead of schedule for me – and we devoured it before it could even be glazed or photographed. This is what happened: I baked it kind of late in the evening on Thursday so it didn’t have time to fully cool that evening, then we couldn’t resist having some for breakfast on Friday, at that point I just gave up glazing or photographing since I still had plenty of lemons and yogurt left to bake another. I got around to baking the second cake on Sunday evening, after the first one was obliterated. This one got glazed, but not photographed before it was sliced into. I should know better by now to leave explicit instructions for Mr. Penpen to hold off snacking until photographs have been taken. I did have fun taking photos of lemons during my lunch break on Monday, though. 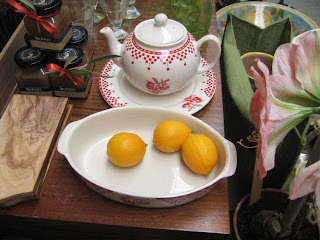 This recipe rates an 8.5 for Deliciousness with the marmalade glaze and an 8 without the glaze, and it gets a 2 for Effort, giving it an EDR of 4.25/4 – can’t get much better than that. Many thanks to Liliana of My Cookbook Addiction for selecting this recipe. Eating this cake was a highlight for us during a very uncomfortable weekend, as both humans in this household were suffering from Poison Oak transmitted from Ms. Ears, who remained oblivious to the damage she inflicted. You can find the recipe for French Yogurt Cake on Liliana’s site, and you can see what the other bakers thought of it via the Tuesdays With Dorie site. 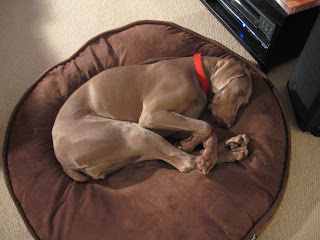 Love the sleeping pup - did she get any cake?

Mine almost disappeared before I could take pictures, so I know what you mean!

Eeek! Sorry about the poison oak! She's such a cute dog though . . . I bet it's easy to forgive her. The cake looks splendid and I'm glad that you liked it so much!

Your weimaraner is gorgeous! I'm thinking about getting one! LOVE the cake but wow! Sorry about the poison oak!

Finally a recipe that appears to be suitable for a person with my limited baking skills. I have a lemon tree in my backyard just dripping with lemons. I am definitely going to make this one soon. Looks delicious. Ms. Ears looks super sweet when she is sleeping.

Gosh, your dog is stunning! Glad you liked the cake. It was simple and it's definitely a keeper!

Wow! You made lots of cakes. The one that finally made it to the studio looks great. Moist and Delicious.

I have never had Poison Oak, but have suffered from Poison Ivy which is probably just as bad. You have all my sympathies. And then the dogs don't suffer....

Your cake looks great! I know what you mean about devouring the cake before the pictures... it smelled so amazingly good that I almost didn't get a chance to photograph it!

Hi, and thanks for visiting! I had the same experience with this cake...as soon as I made my first one I wanted to make it again...Yours looks wonderful (and I like your rating system!)

Ah.....precious little sleeping poopie dog. She is so pretty. I love love love the gorgeousness of all the lemons. What's not to love about a cake that possess
the qualities of health. he he he I loved it too. So glad you and yours did as well. Great job with the post.
AmyRuth

Im glad you like it! Your cake looks very good.

I really enjoyed this post. Love how the dog is sleeping so innocently after wreaking havoc on your skin! At least you had a couple of delicious and easy (love that rating system, btw) cakes to see you through. Provisions are necessary at a time like that!
Nancy

Your dog is so cute.
Your cake looks delicious. I loved this recipe it was so easy and yummy. I'm glad it was a hit for you.

Oooo.. I got poison ivy once via our dog and it was awful!

I thought this cake was really good, too, and one I'll definitely make again.
(Oh, and I love your photos)

Your cake looks delicious! This was a winner at my house too.

Beautiful dog! What kind is she?

What a beautifully risen cake! I'm so glad you also liked it a lot, like me.
Just love the pup - she's gorgeous.

your cake came out beautifully. wasn't it delicious? i agree with you on the glaze--it made the cake that much better.

love your pup. i think we have the same pet bed--only mine is for my two kitties! :)

Oww! Poison oak. Oww! Dorie would be so pleased that her cake had given you comfort!

I love how yours turned out. How funny that the first one disappeared before you could get photos! As I was reading your post, it made me start thinking I have everything I need...I could make another one...

I made my mini cakes twice as the first batch disappeared in no time. Your cake looks delicious! Sorry to hear about the posion oak.

I love your dog!